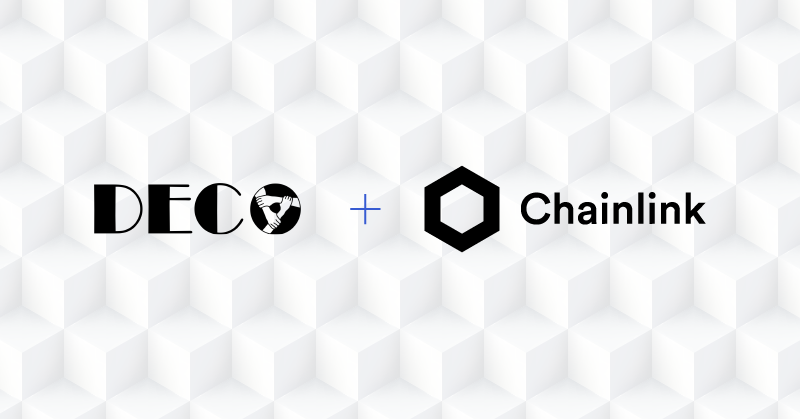 A new technology for utilizing HTTPS/TLS developed at Cornell University, has been acquired by Chainlink.

NEW YORK, Aug. 29, 2020 /PRNewswire/ — Smart Contract Summit —  Chainlink, the most widely used decentralized financial data source, securing over $3B in value, announced today that it has acquired DECO from Cornell University. DECO is an improvement on how to utilize HTTPS/TLS for data transmission across the internet, developed by Dr. Ari Juels, the former Chief Scientist of RSA, one of the world’s largest security companies. Juels previously formalized Proof of Work, which is now used to secure the more than $300B in cryptocurrency stored across Bitcoin, Ethereum and thousands of other cryptocurrencies.

Dr. Juels will also be joining Chainlink Labs as its new Chief Scientist, where he will direct the research program and continue to oversee the implementation of DECO, as well as various additional groundbreaking Web 3.0 technologies.

“DECO’s ability to provide previously unavailable data security when transferring data over the internet, will greatly increase the private and premium data that becomes available for use by all Web 2.0 and Web 3.0 applications,” said Sergey Nazarov, Co-founder of Chainlink.

“We have long collaborated with Ari Juels; this acquisition enables us to fully integrate DECO’s unique data security capabilities within Chainlink, which already secures more than $3 billion in value, while also expanding the scope of what Chainlink/DECO validated data can now be used for, well beyond blockchains.”

“We’re truly thrilled and grateful to be working with a world class inventor like Ari. Knowing that he is directing Chainlink Lab’s research and future architecture, puts Chainlink in a position to succeed as the global standard for both validated data and secure data transmission.”

By extending the data security capabilities of HTTPS and TLS, the most widely formats for transmitting all internet data, DECO is able to guarantee that data remains private and untampered with during its delivery from various private and premium data sources. It does so by employing advanced cryptography and zero-knowledge proofs from any server using HTTPS/TLS, without revealing that data to the outside world or even to the final computation using the data. DECO creates a new method of providing private and premium data across the internet, while maintaining its confidentiality and security at previously unachievable levels.

“I’m delighted to intensify my involvement with the Chainlink team in my new role as Chief Scientist of Chainlink Labs. With its strong focus on cutting-edge research for high-trust systems such as blockchains and prominence as a provider of oracle technologies, I think Chainlink is ideally positioned to bring DECO to production,” said Prof. Juels.

This additional level of data security can be considered an order of magnitude improvement in the way that data is transmitted over the internet, enabling various previously inaccessible data to be made accessible to both existing web systems and various blockchains/smart contracts. For example, using a DECO enabled Chainlink Node:

These are just some of the many examples where the data security created by DECO enables users to both utilize their data in various applications, while maintaining both its security and privacy from the larger world, and even the applications utilizing the data itself.

About ChainlinkChainlink is a decentralized oracle network that helps resolve connectivity issues with smart contracts, enabling users to build blockchain-based smart contracts that securely access off-chain data feeds, web APIs, and traditional bank payments. By doing so, Chainlink transforms the role that smart contracts can play in a vast number of sectors, including financial services, insurance, and supply chain. Chainlink provides highly secure and reliable oracles to large enterprises and leading smart contract development teams such as Polkadot/Substrate, Synthetix, Aave, Tezos, Bancor, and many others. Learn more by visiting the Chainlink website or following on Twitter or Reddit.

Note: chainlinkecosystem.com does not claim any ownership of this content, all credit to Chainlink, view official announcement.